Blog Design + On the Roof with Santa

I warned you guys that things would be changing over the next few weeks. Please bear with me as I play with designs and try to find one I like. Do not be alarmed (because, let’s face it, you’d be alarmed) if the template is different each time you stop by. I’ll figure this whole thing out – I just need time. If I’m being honest, I wanted to change the name too, but I can’t do that without changing the entire blog address.

Guess I should have thought of that. I won’t do that to you!

Anyway, I have a lot of pictures to share from our night on the roof with Santa, so let’s get started.

Our night began with a wonderful meal inside The Whistle Stop.

I ordered their shrimp and grits for the first time – it’s (not so) slowly becoming my new favorite food – and it was to die for. Such a comfort food. By the time I finished, I was ready for a nap. It was that relaxing. 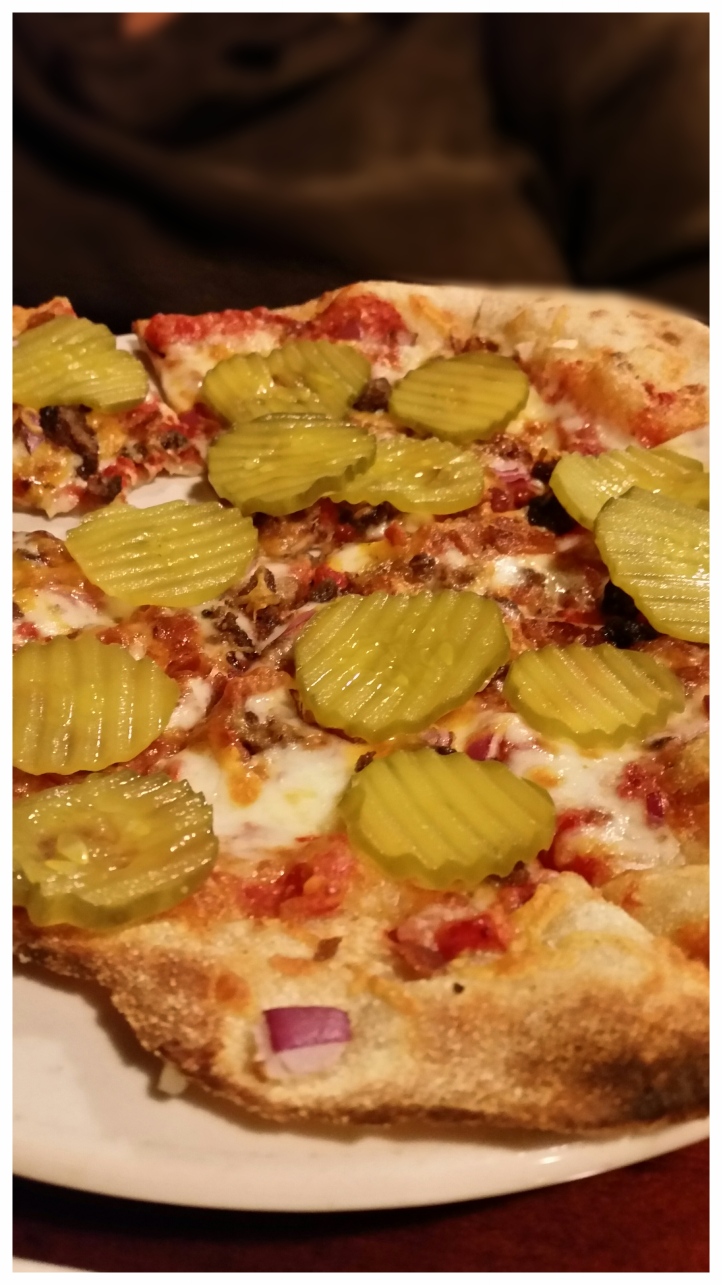 Mom specifically asked me to brag on her cheeseburger pizza. She was not sure about the pickles when it arrived, but ended up licking her plate. Okay, she didn’t actually lick the plate, but I’m pretty sure she wanted to. The tomato sauce was light and the crust was crisp. If I can peel myself away from the shrimp & grits long enough, maybe I’ll give it a try! 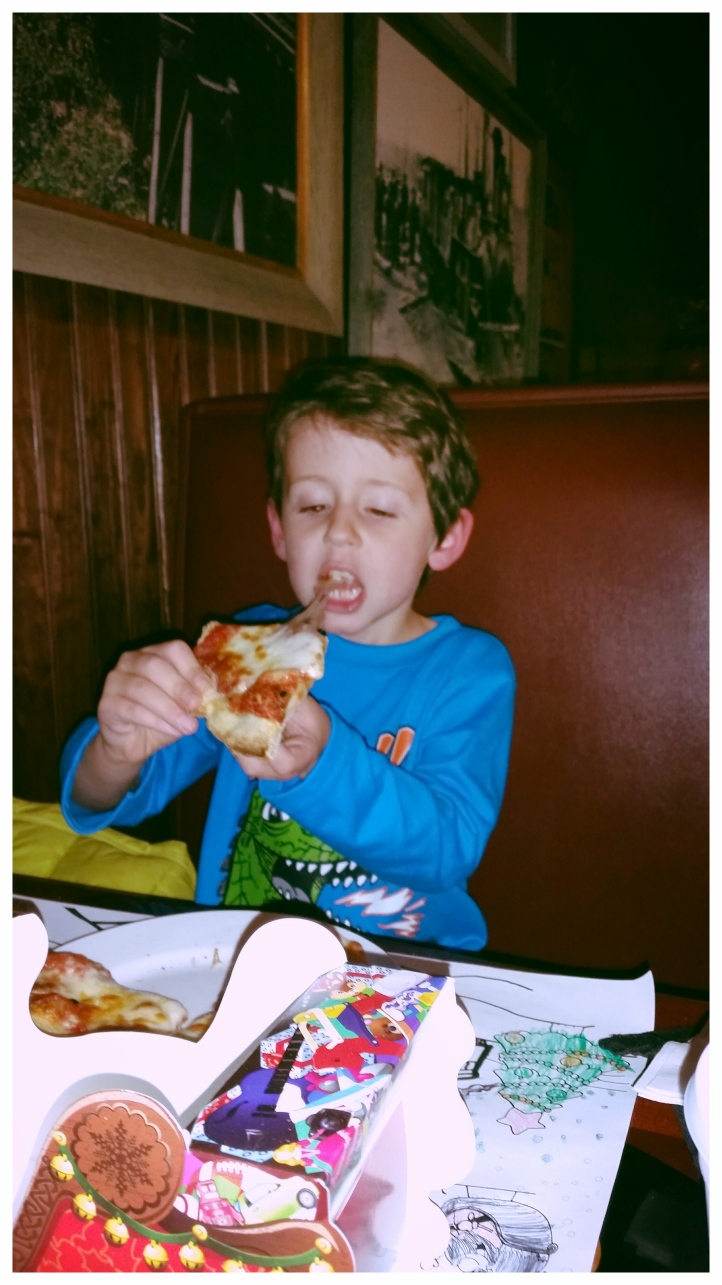 The night was complete before it even began because their meals were delivered in Santa’s sleigh. 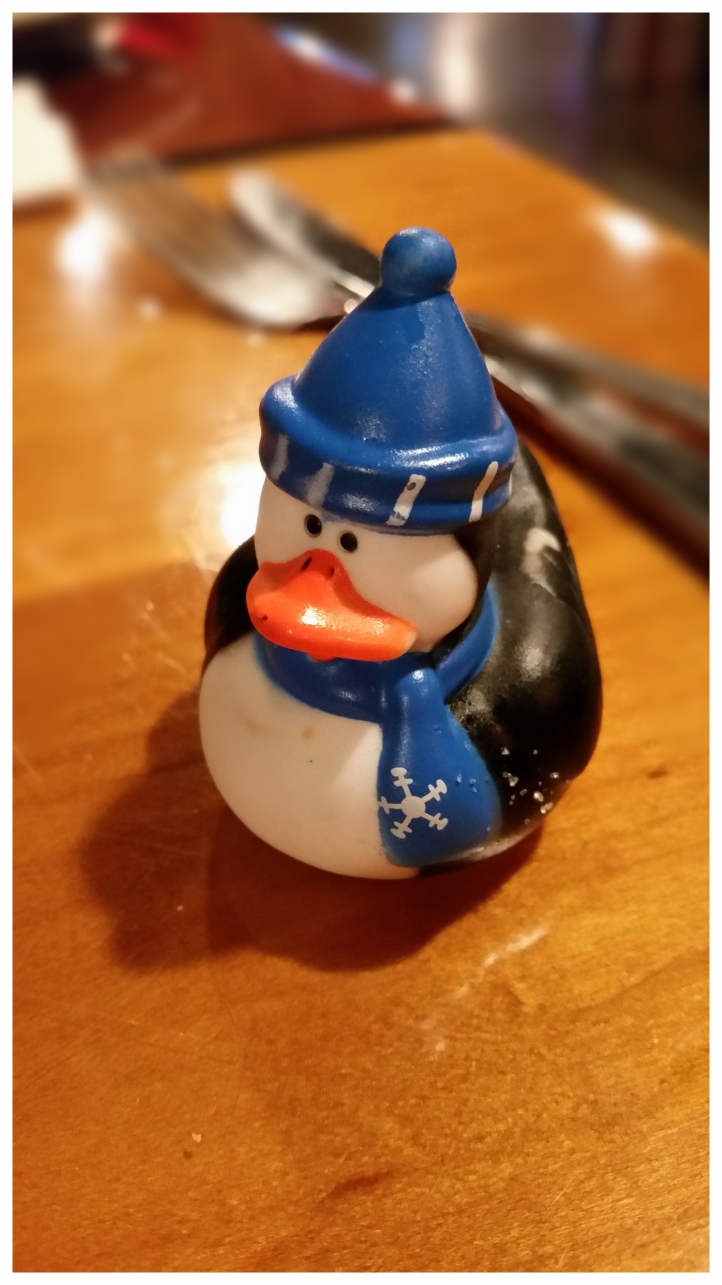 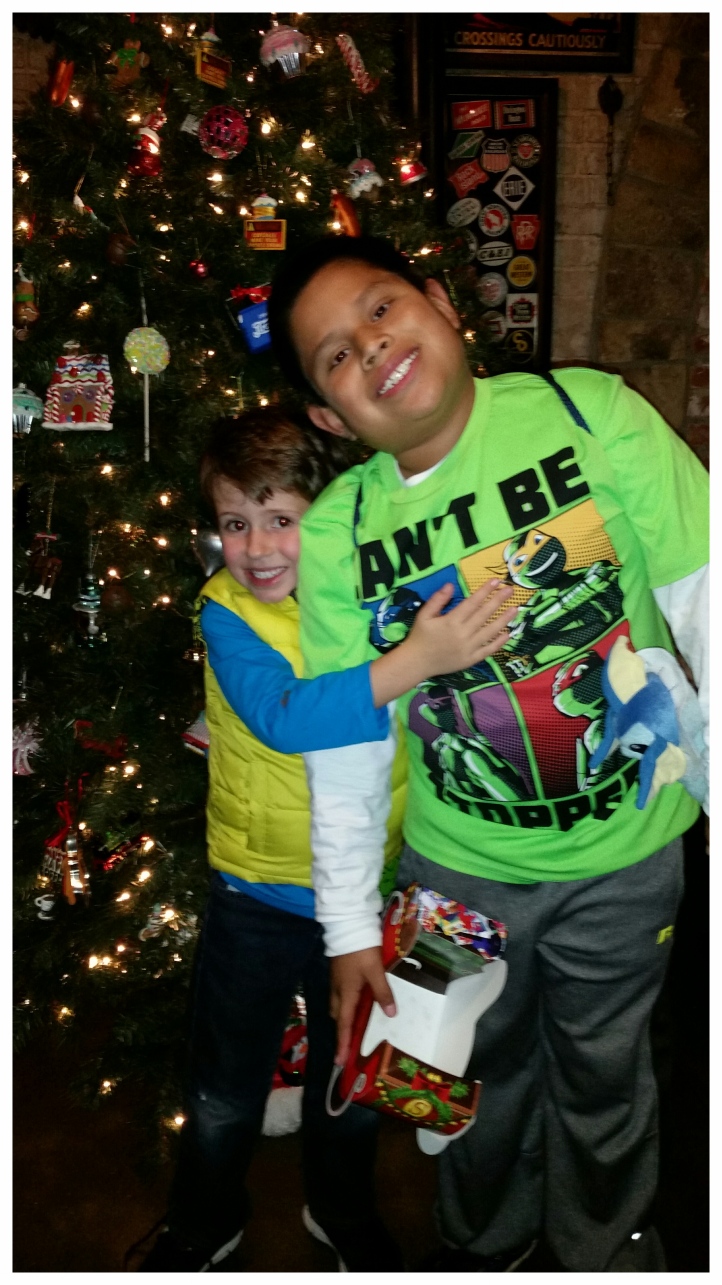 If I didn’t know them so well, I might think they got along.

Unfortunately the train had mechanical issues and stopped running just before our time rolled around. I’m not even sure the boys were disappointed. The rooftop held all the magic their little hearts could handle.

Cookies, hot cocoa and The Polar Express playing on the flat screen. Move over Disney, ’cause Tuesday night, THIS was the “best place on Earth!”

And then there was Santa. 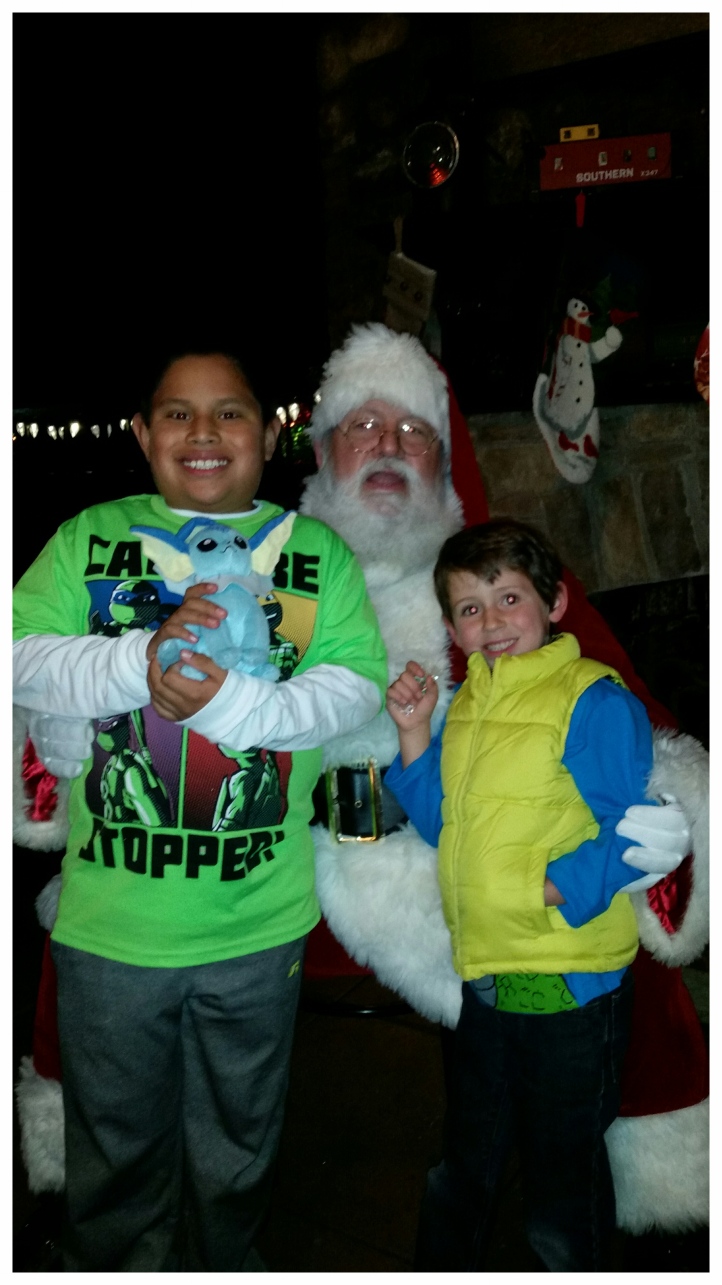 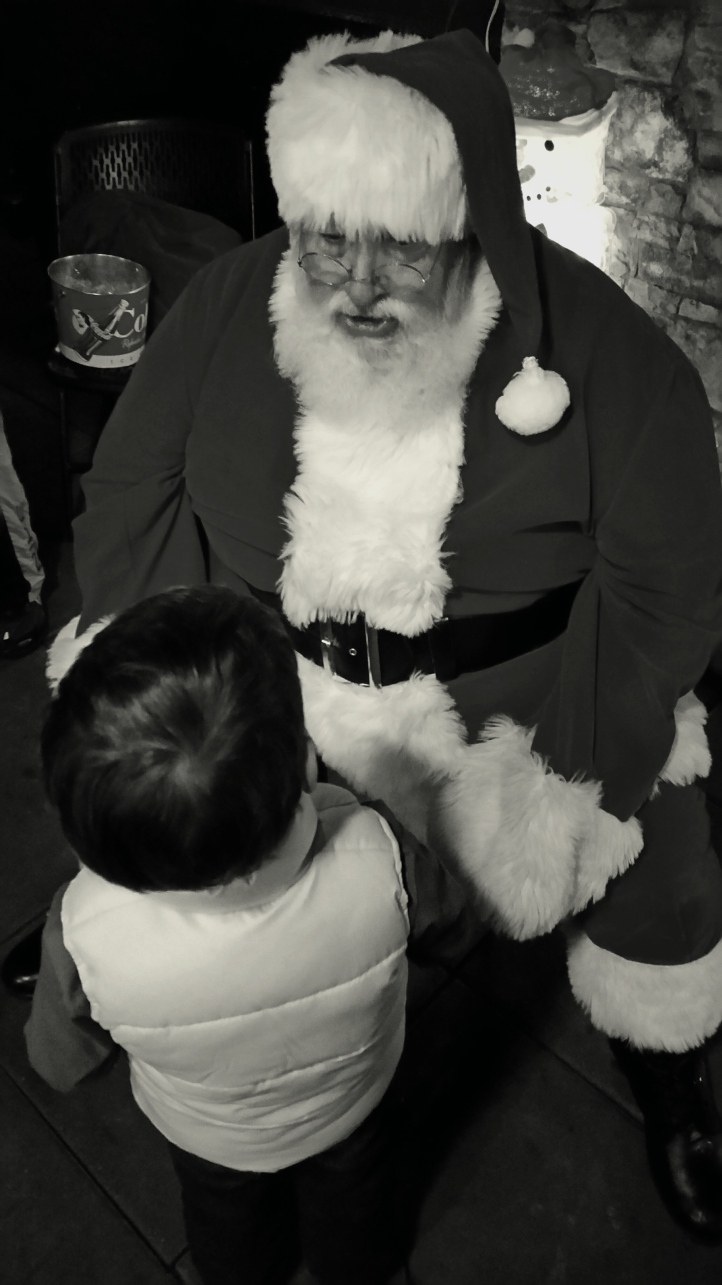 To say that Preston monopolized Santa’s time would be an understatement. He is so full of himself. Ya’ll just don’t know. 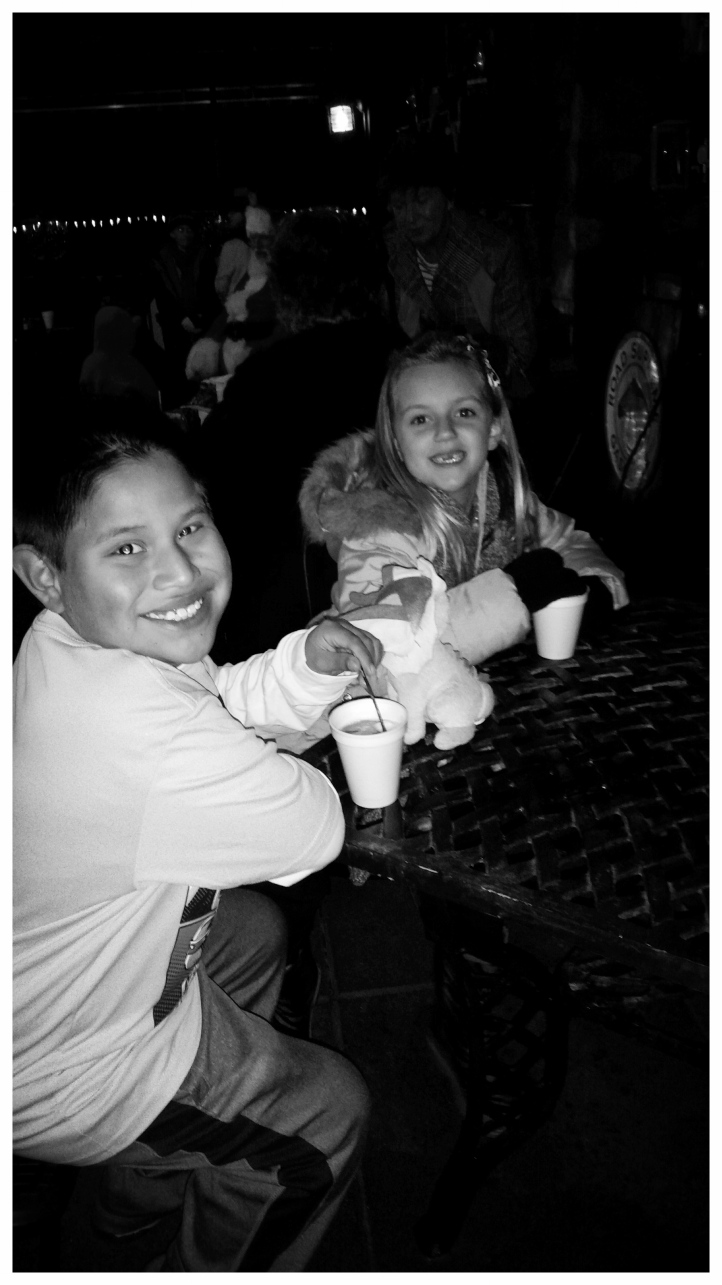 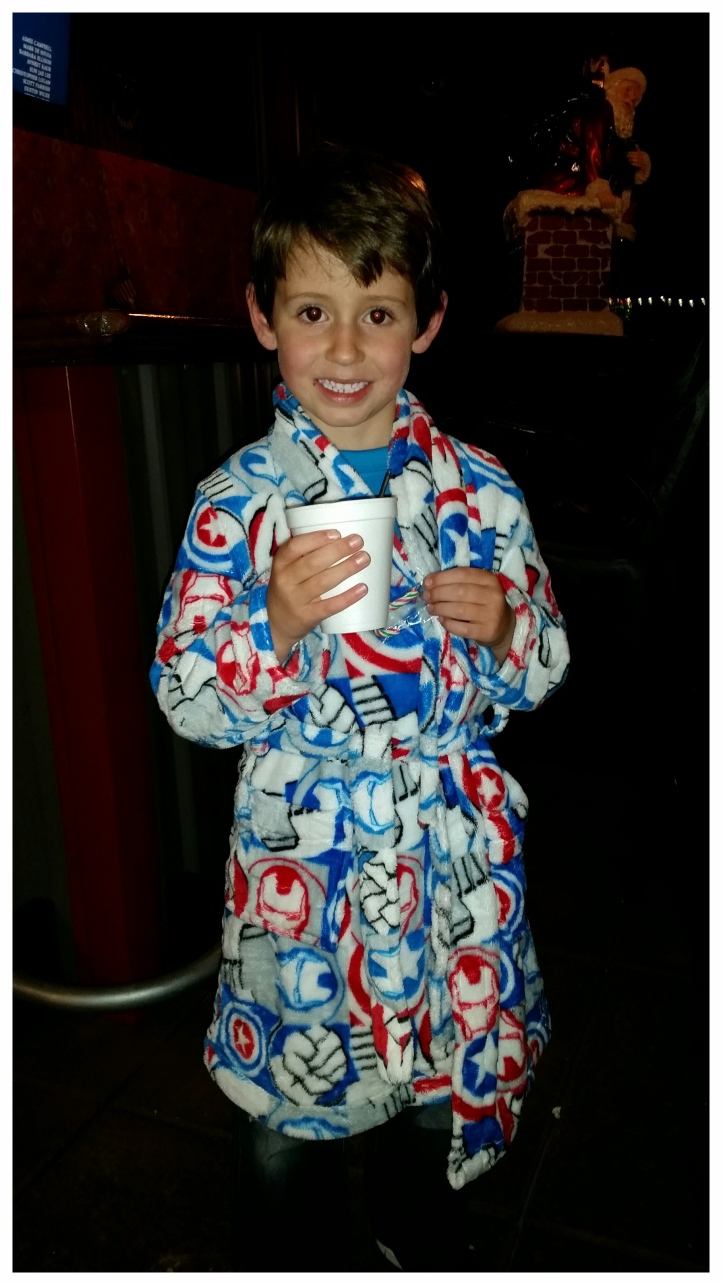 At some point, Preston shed the puff vest and put on his Captain America bathrobe.

The restaurant owner, Vickie Hawkins (who, btw, is the nicest human you’ll ever meet), kept apologizing for the cancellation of the train. As you can see, the kids didn’t seem to miss it. Don’t get me wrong, everyone loves a train, but the kids were 100% entertained. And the adults were able to sit at a table and chat. Umm, yes please.

As far as I am concerned, there is no need to apologize. The unforeseen happens.

All you can do is enjoy everything around you and look forward to the next ride.