A Little Bit of South Carolina History Here in GVL 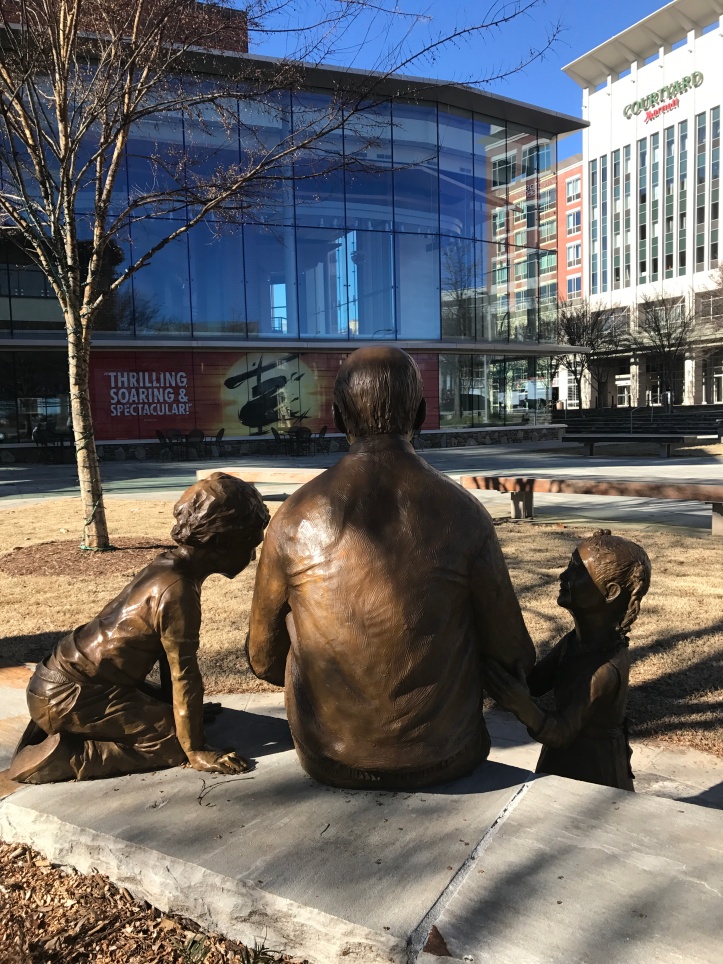 A few weeks ago on social media, I saw a post about the new statue downtown at the Peace Center. I loved it, so I couldn’t wait to see it for myself.

I have to admit, I forgot who Dick Riley was for a minute. Let’s face it, he was in office during a time in my life when I didn’t really care who was in office. I was a young goofy girl, don’t judge me too harshly. 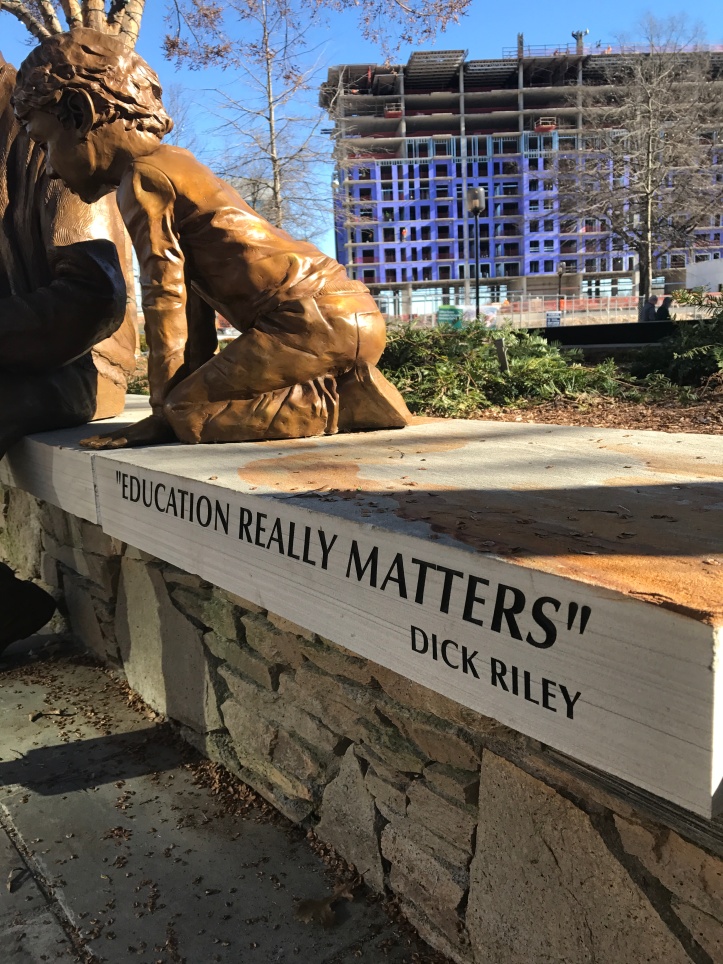 As the 111th governor of South Carolina, Riley was a big advocate for education. He initiated the Education Improvement Act which, at the time, was called “the most comprehensive educational reform measure in the US.”  That’s a big deal, ya’ll. 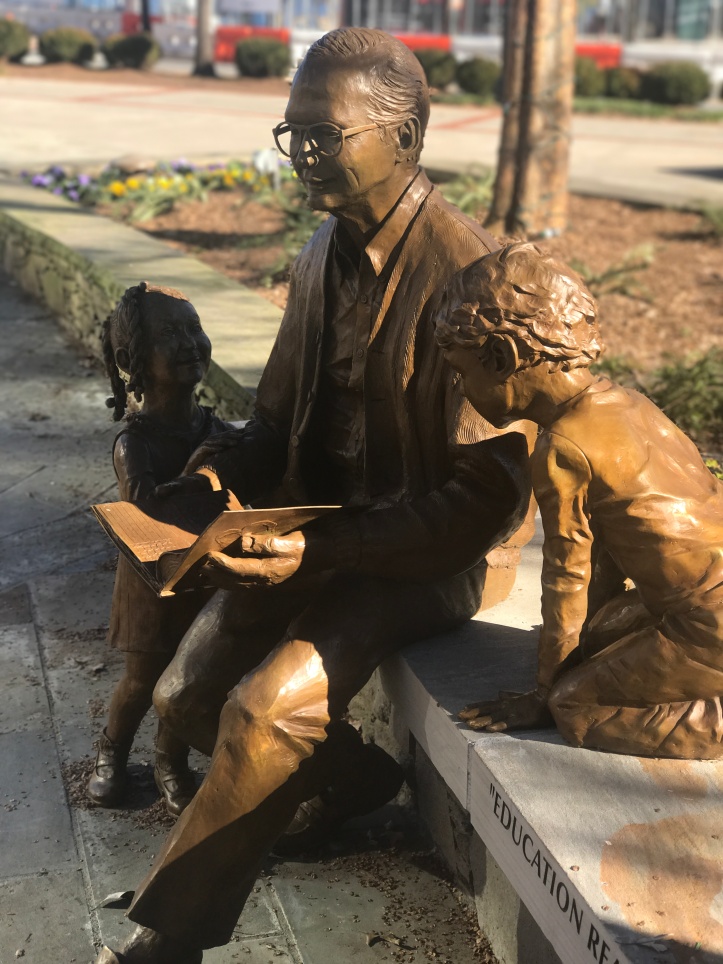 It’s only fitting that the sculpture would show him reading a book to two children. It’s precious and I can’t believe I’ve missed it.

Riley graduated from Furman University and went on to the University of South Carolina to obtain his law degree. In 1993 Bill Clinton approached Riley about an appointment to the United States Supreme Court, which he turned down. Later that year, he was appointed as Secretary of Education. 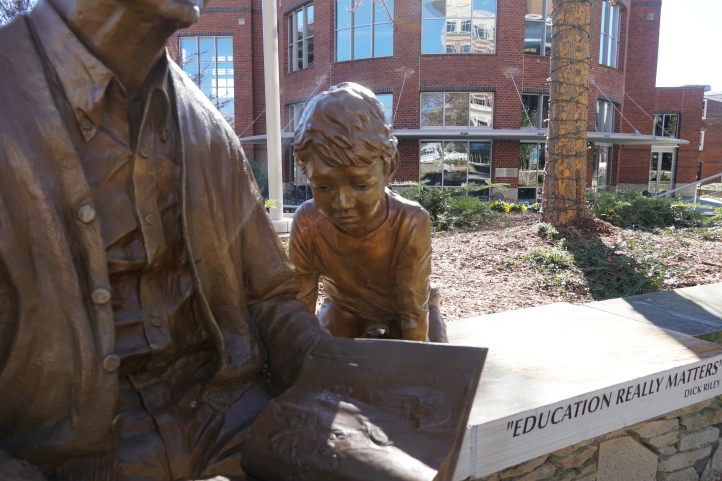 Of course the statue is exceptional – it was sculpted by local artist, Zan Wells. You know, the talented hands behind Greenville’s Mice on Main.

Needless to say, I had fun with JP’s U.S History lesson this week. If you’ve not seen the Dick Riley statue, head downtown and check it out!