i’m scared to death of cows 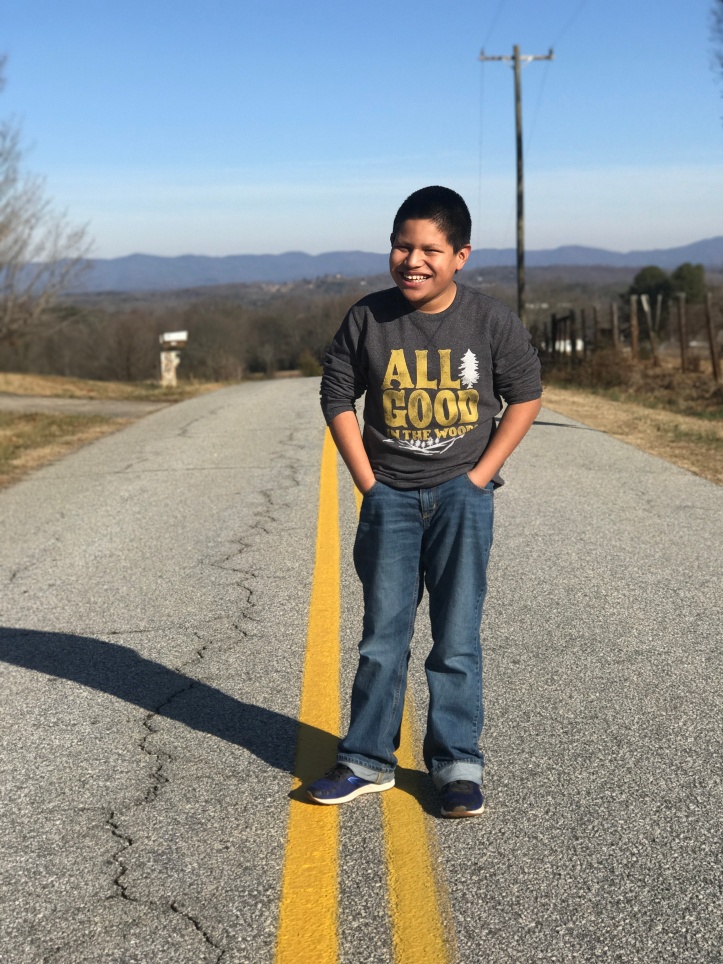 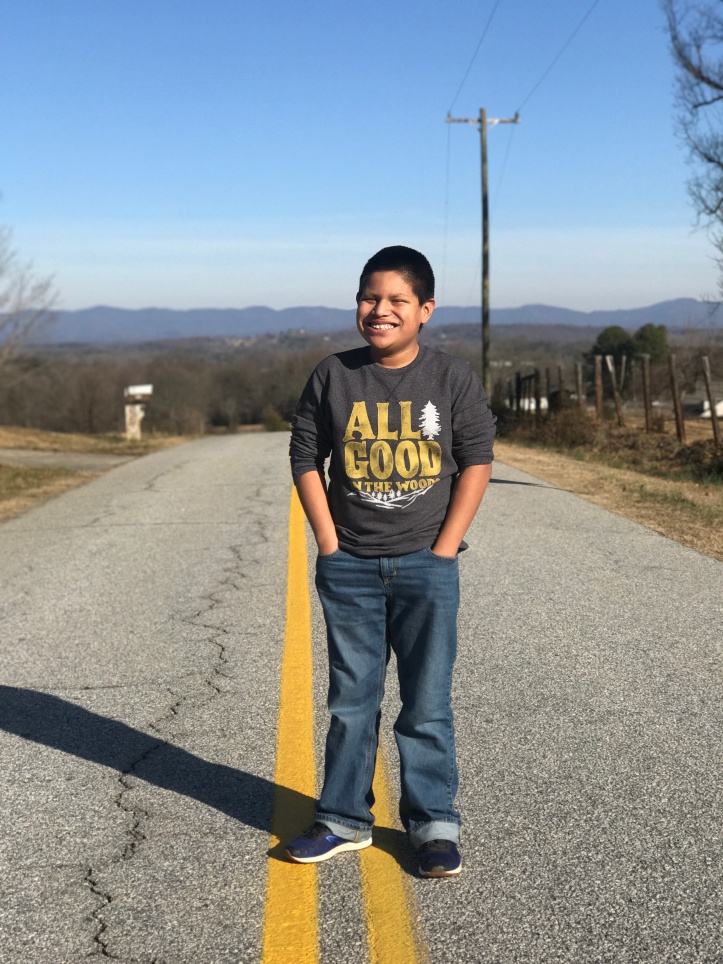 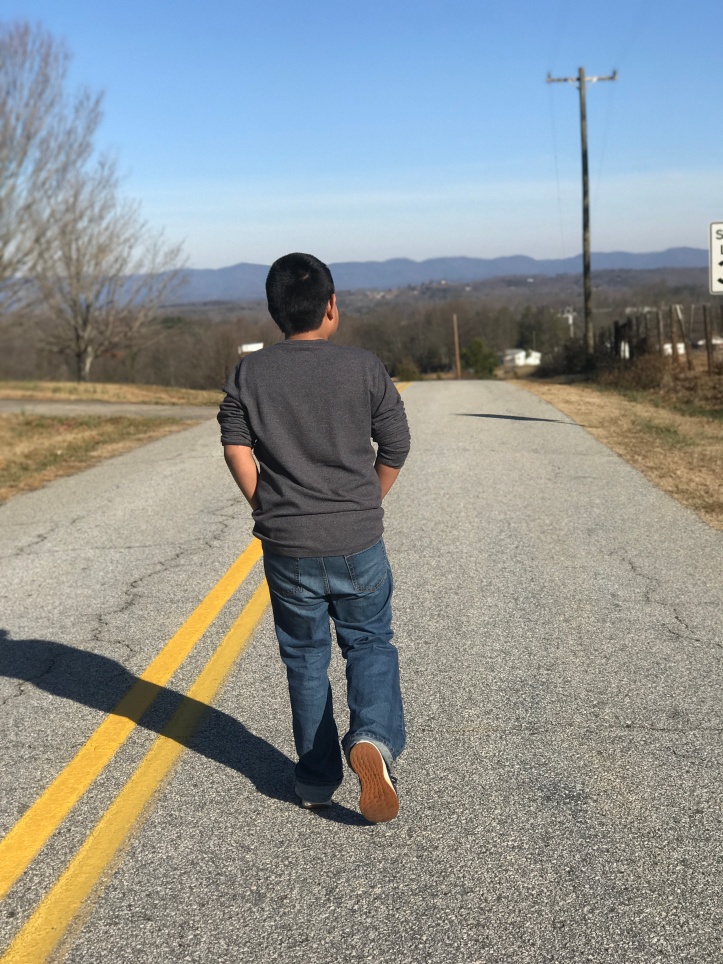 Most of you know we were staying in Travelers Rest this past weekend (it was heavenly, by the way).  JP was still feeling sick Friday morning so I took him to the doctor. We found out he had an ear infection! He is eleven years old and this was his VERY FIRST ear infection.

I say that to say, he was out of school Friday. I took him to one of my favorite roads in TR to get some photos. He was THRILLED to see a pasture full of cows. 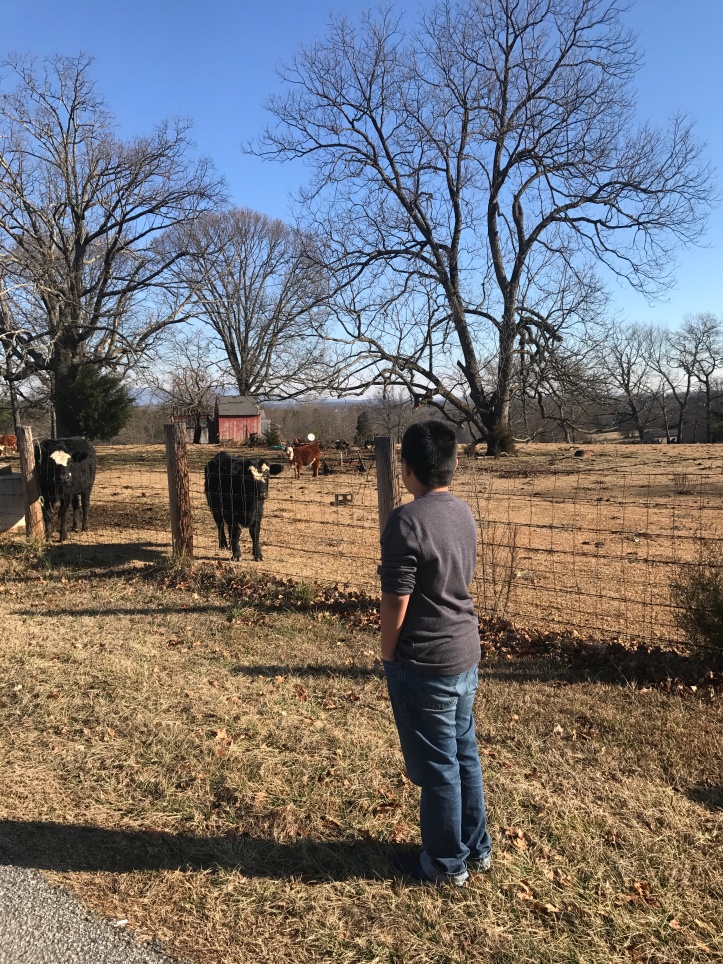 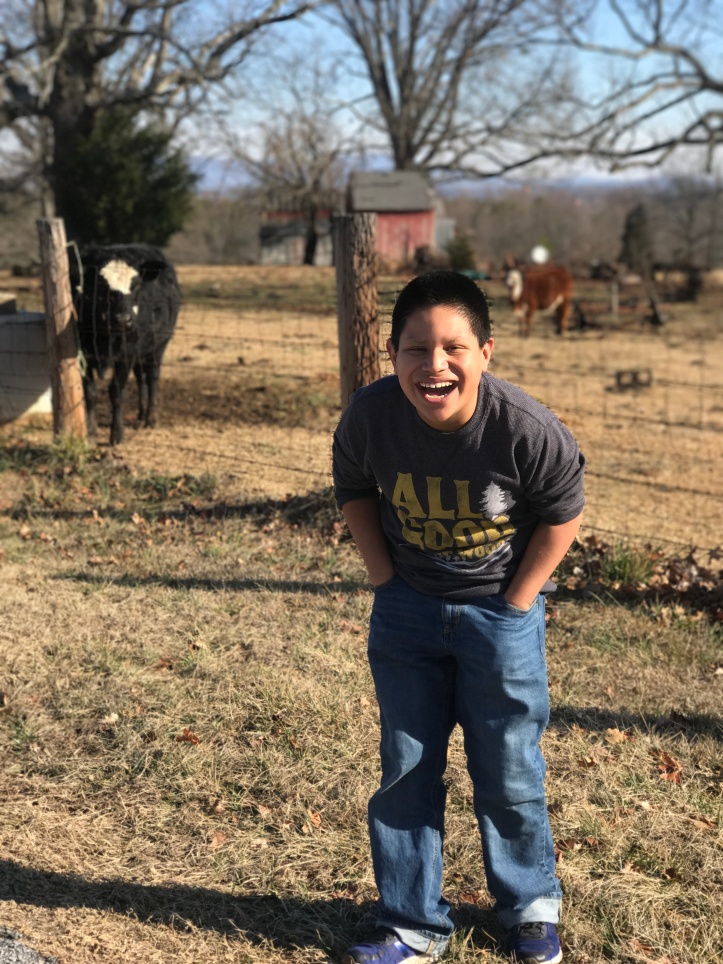 I, on the other hand, was terrified. Yes, that’s right. I am deathly afraid of cows. Is that a thing? Whether there’s a word for it or not, I hate them. While I was trying to take his picture, the cows started “moo-ing” and walking up to the fence. I was trying to hurry because I was freaking out! As you can see, JP was very supportive and concerned for my safety. 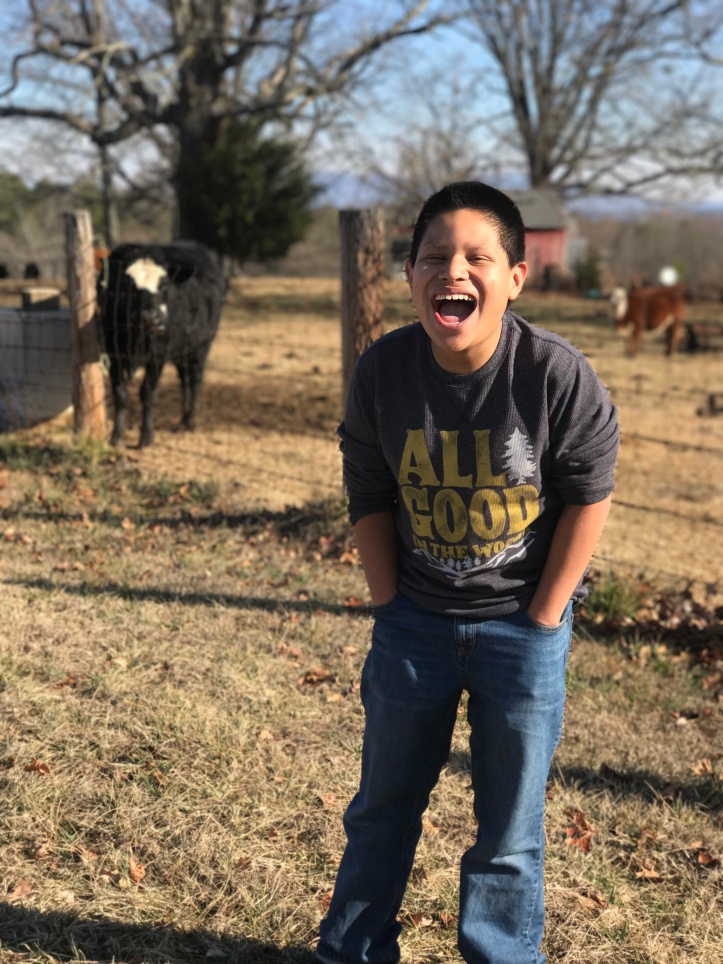 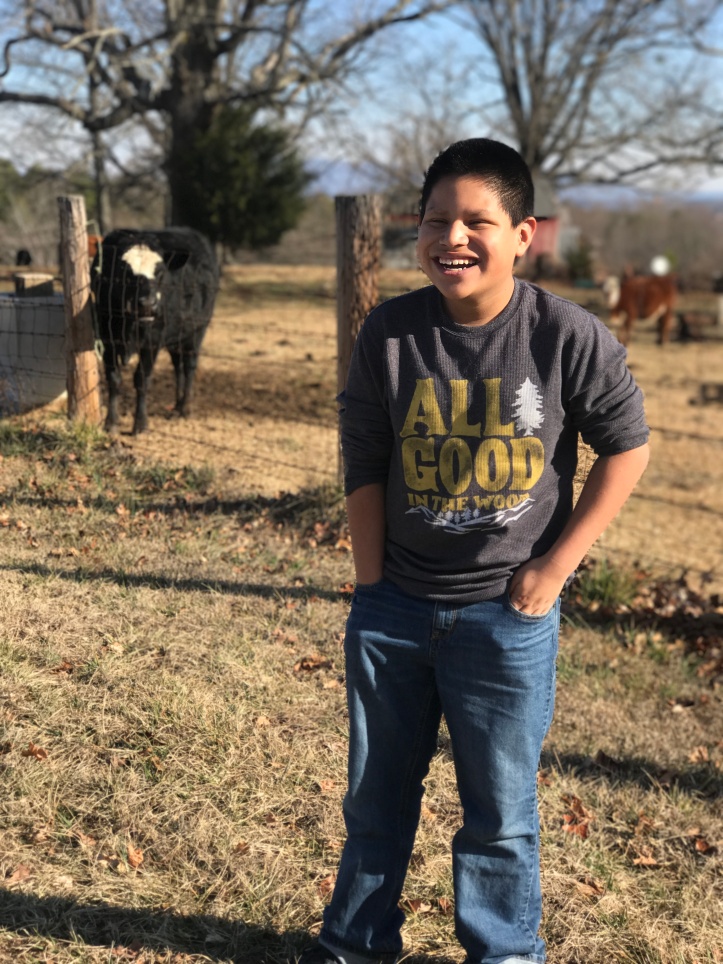 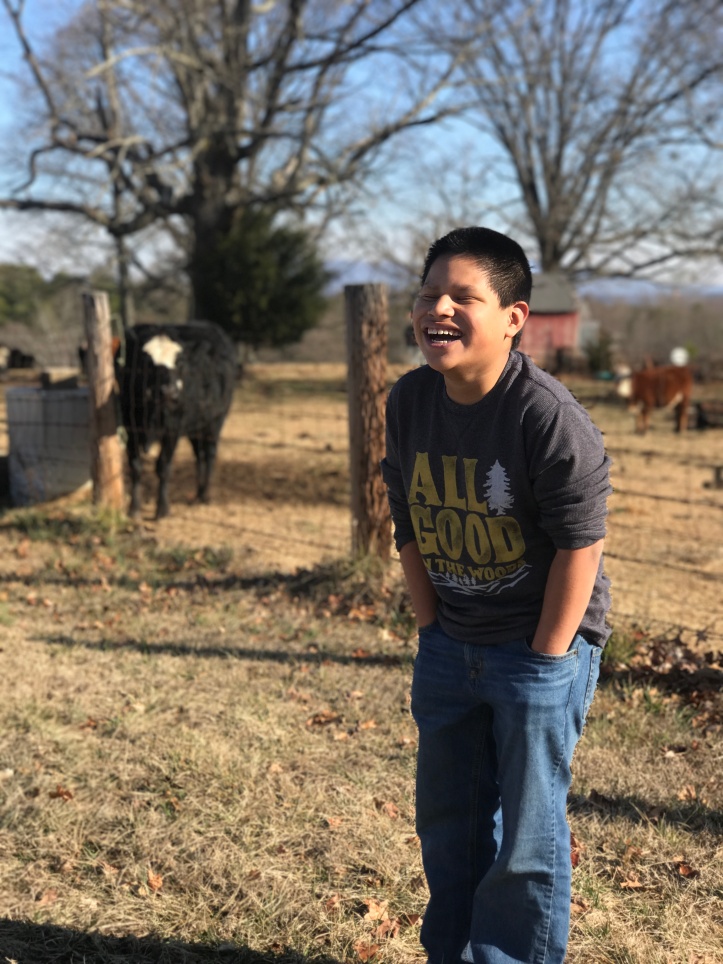 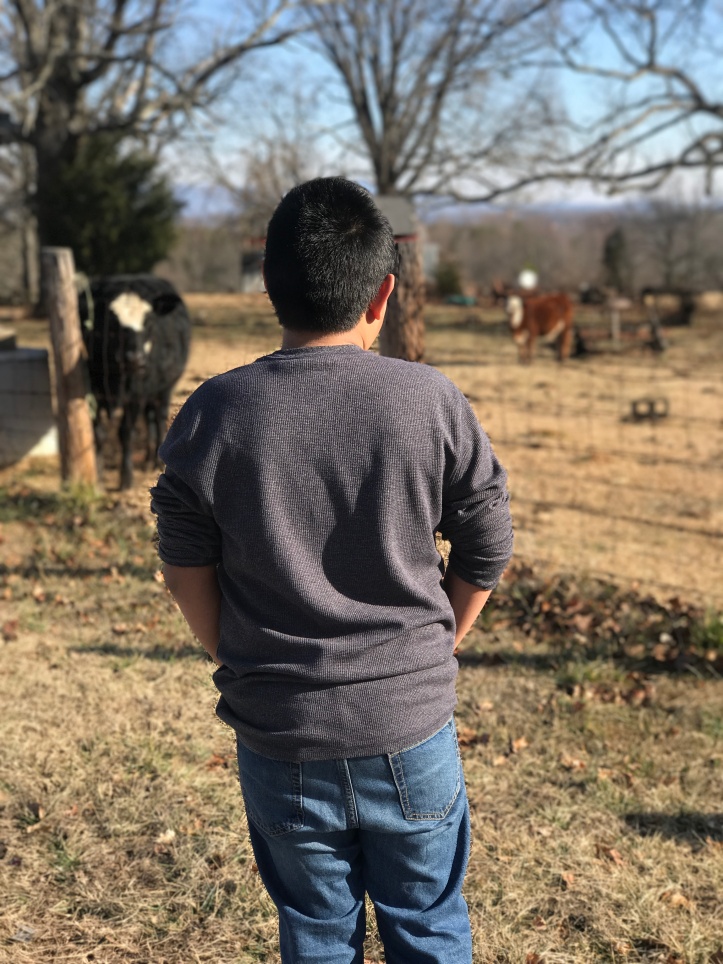 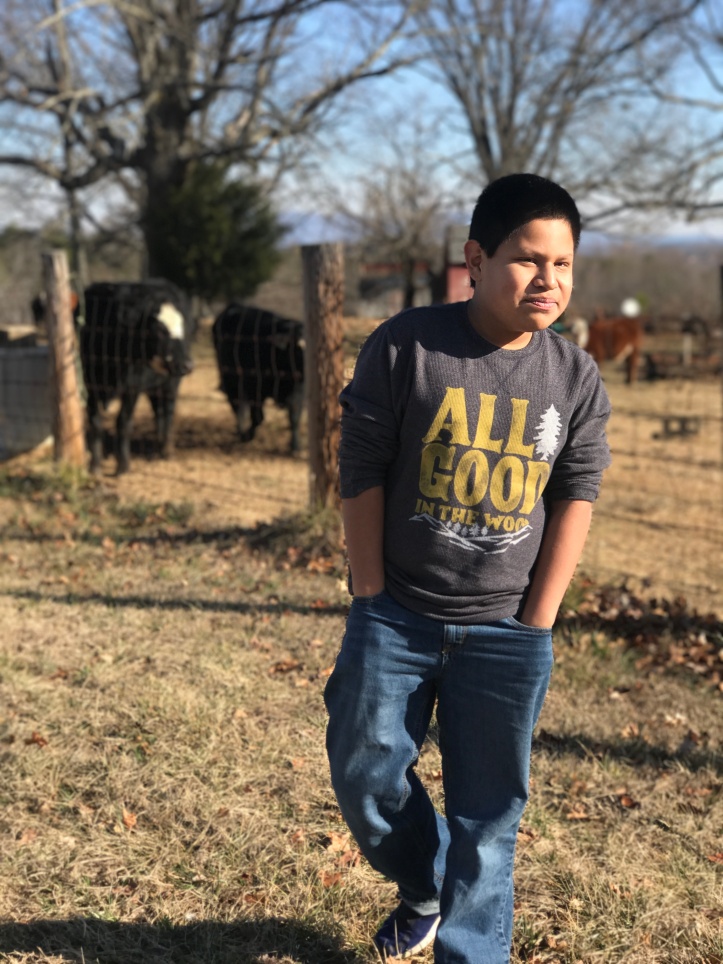 We made it out safely (I know you were worried!).

Before JP came along, his dad and I would make a yearly trip to HollyWild during Christmas to see the lights and visit the animals. If you’ve been to HollyWild, you are probably familiar with the ginormous cow. The thing’s head was literally bigger than our truck window.  During one particular visit, Scott thought it would be funny to drive over to the monster. When we did, it stuck its head IN MY WINDOW and (I swear) tried to put my arm in its mouth. He may or may not have been trying to lick my arm, but that scenario doesn’t fit into this dramatic story so…

In that moment I developed (what I call) a clinical fear of cows, and probably the underlying reason why we divorced!

Thankfully, I was able to push passed my PTSD flare up and have a wonderful weekend at the Swamp Rabbit Inn in Travelers Rest.